The Klingon Programmer's Code of Honour

Top 20 lines, likely to be overheard if you had a Klingon programmer on your software development team. 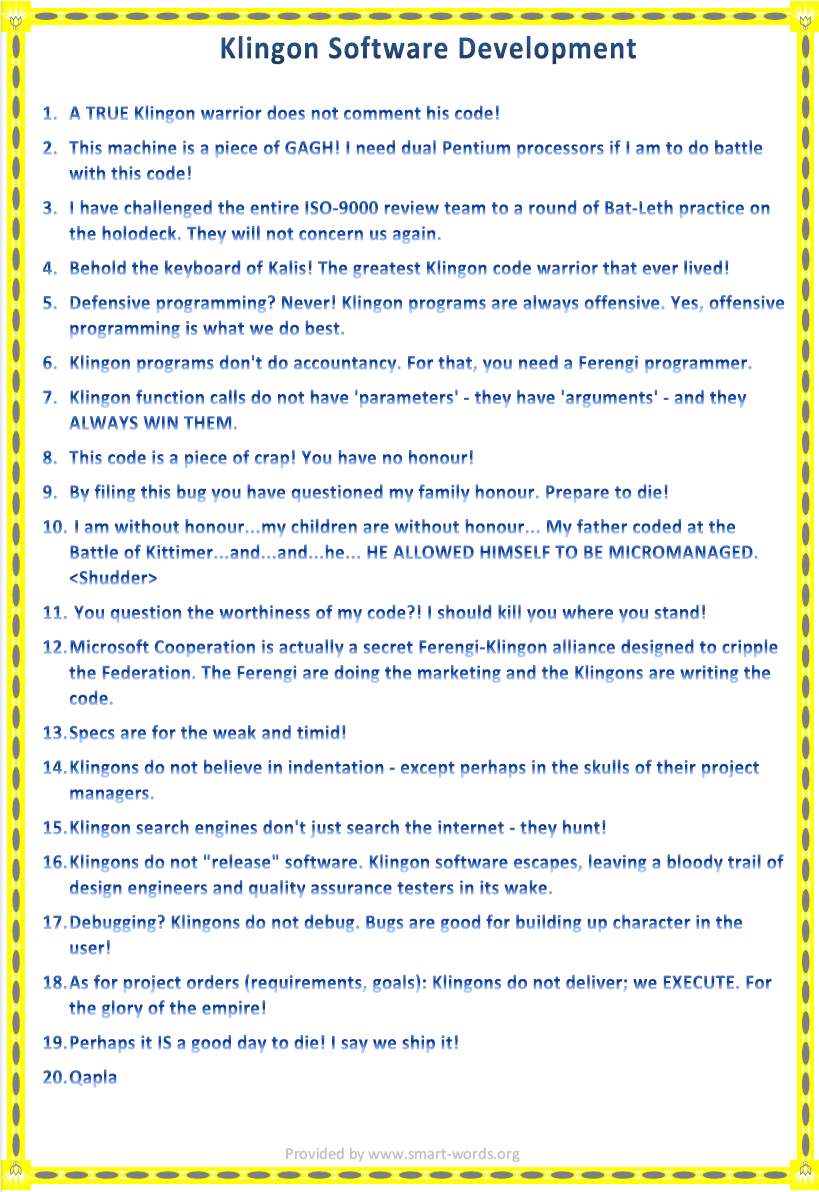 The Klingon Programmer's Code of Honour:
All Klingons who develop software for the glory of the empire follow this "Code of Honour" and are so called "code warriors". It is the only form of Quality Assurance which is accepted by this race.

← all 20 lines as an image for download as a high resolution image.

Remark: The Klingons are a warrior race in the fictional Star Trek universe. Their culture is centered on honor and combat (with some resemblance to the culture of the Samurai).