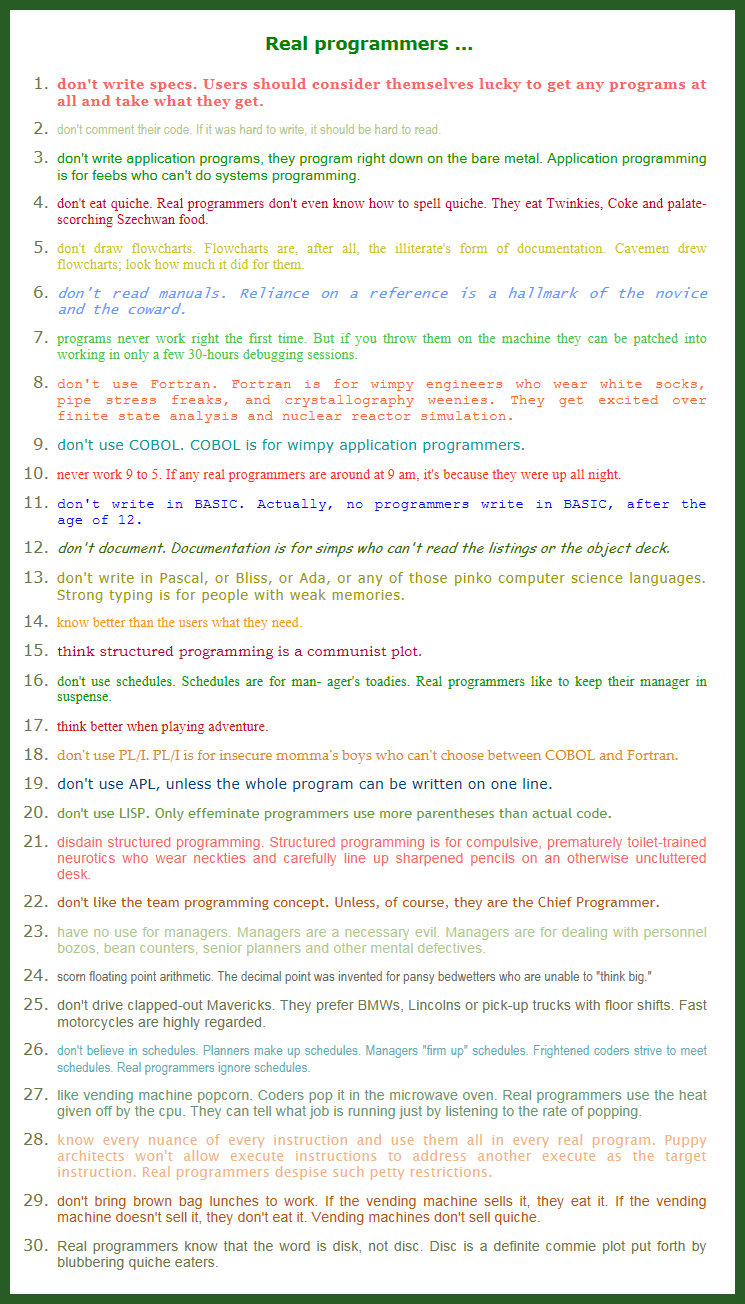 It all began with paraphrasing the title of a book called "Real Men Don't Eat Quiche" (published 1982) in a letter to a computer magazine named Datamation. So the phrase Real Programmers Don't Use Pascal was created. "Back in the good old days-- the "Golden Era" of computers-- it was easy to separate the men from the boys (sometimes called "Real Men" and "Quiche Eaters" in the literature). During this period, the Real Men were the ones who understood computer programming, and the Quiche Eaters were the ones who didn't." [Ed Post, 1983]

Widely circulated on Usenet in former times, and nowadays on the Internet, these humorous statements are well known within the computer software industry. The article mentioned above compares and contrasts real programmers, who use punch cards and write programs in FORTRAN or assembly language, with modern-day "quiche eaters" who use programming languages such as Pascal which support structured programming and impose restrictions meant to prevent or minimize common bugs due to inadvertent programming logic.